The lack of innovation surrounding the development of new antibiotics has resulted in an alarming situation, given the rising threat of antimicrobial resistance (AMR).

As a result, there is no single or straightforward way to combat AMR, nor to galvanize development of novel antibiotics. Although some positive measures have been introduced, further – and larger scale – action is needed.

Since the initial era of discovery in the mid-20th century, there has been a lackluster level of innovation in the antibiotics field, and today there are few novel antibiotic classes in development despite the urgency of medical need.

The lagging antimicrobial innovation has certainly made its impact felt. Estimates suggest that resistant infections underlie nearly 700,000 global deaths each year – a figure projected by some to rise to 10 million each year by 2050.

New resistance mechanisms are emerging and spreading globally, threatening our ability to treat common infectious diseases, resulting in prolonged illness, disability, and death. Each year in the US alone, the CDC reports that at least 2 million people contract an antibiotic-resistant infection, with an estimated annual attributable death toll of 23,000. 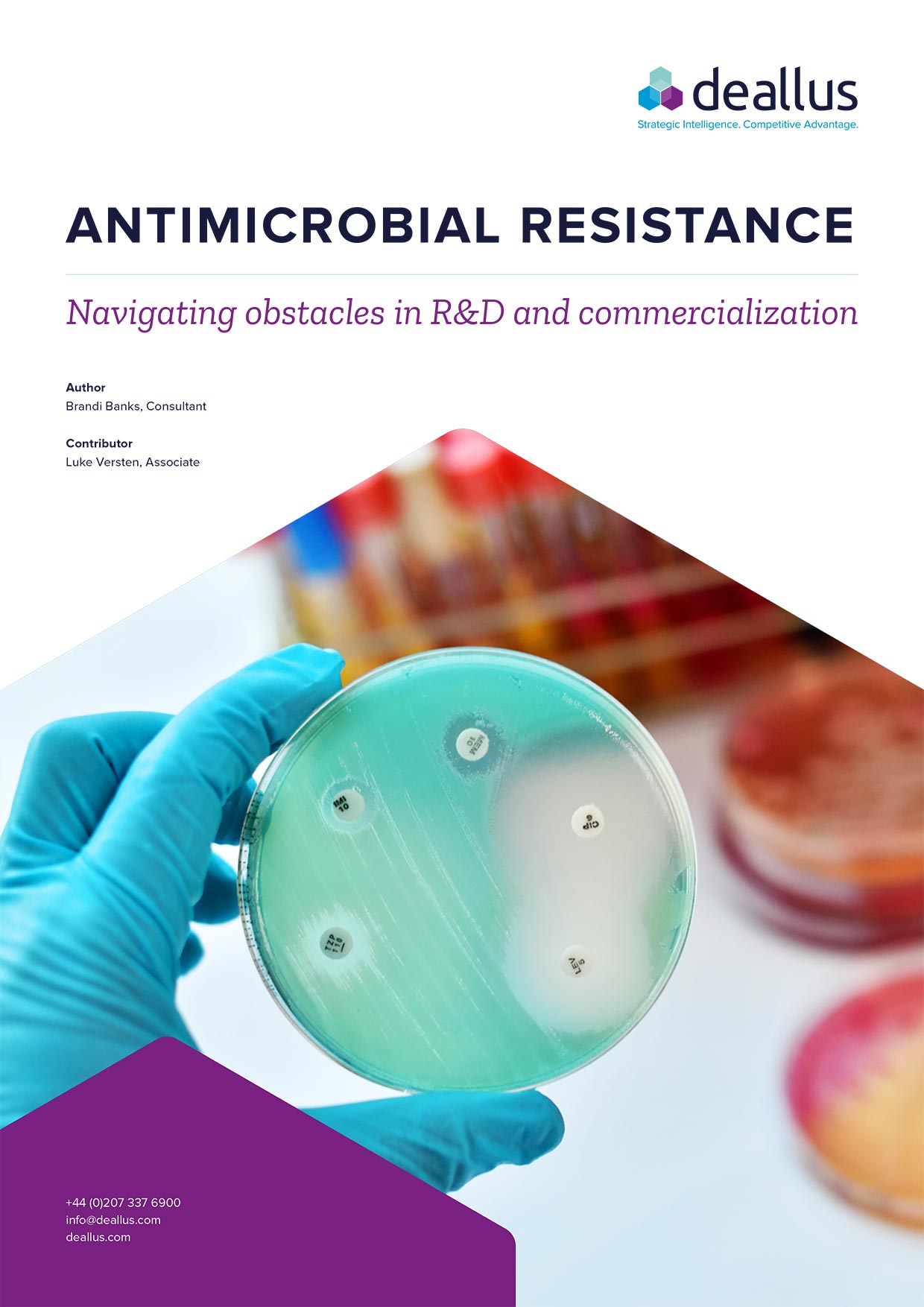 CARe To Understand What Will Shape CAR T’s Future?

CAR T-cell therapies space is complex, highly competitive, and quickly evolving. Add the pandemic to the mix and the logistical, reimbursement, and pricing landscape grows even more complicated. In this in-depth paper we research the current state of CAR T-cell therapies and speculate on the factors currently making the largest impact - China, Commercialization, and COVID-19. Read more for a comprehensive, well-researched take on the space.

OnDemand Webinar – Leading in a crisis

Peter Hempshall, Deallus CEO, and Rita Numerof, President & Co-Founder of Numerof & Associates, have joined forces to generate thought-provoking discussion series on Navigating Market Disruption. Episode two is Leading in a crisis. Rita and Pete will discuss why focus and remaining agile during and after a crisis are essential for success. Executives looking for practical advice on how to balance agility and governance processes will find this discussion valuable.

We are very pleased to welcome Kevin Bibby to our Deallus team as Senior Principal. Kevin brings extensive expertise in commercial strategy to the fold, as well as a deep background in brand and portfolio strategy, product positioning, and workshop facilitation. We look forward to adding his knowledge, skill sets, and collaborative spirit to the team.